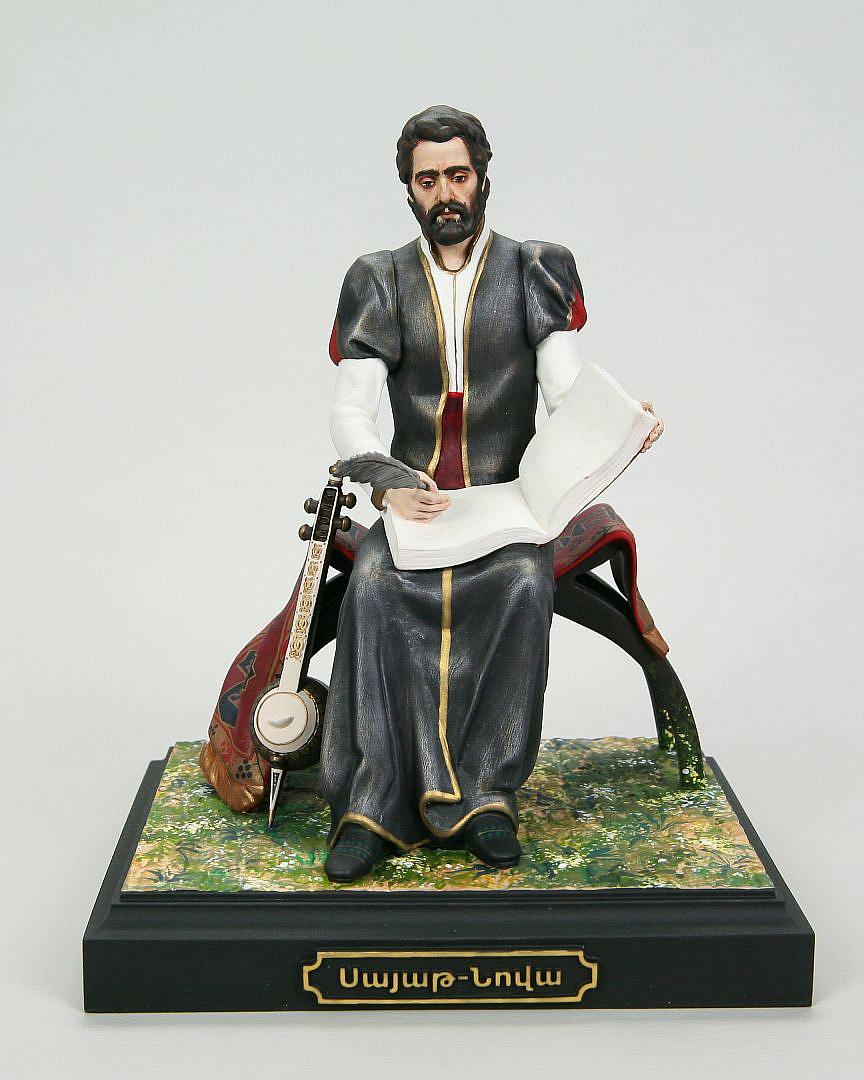 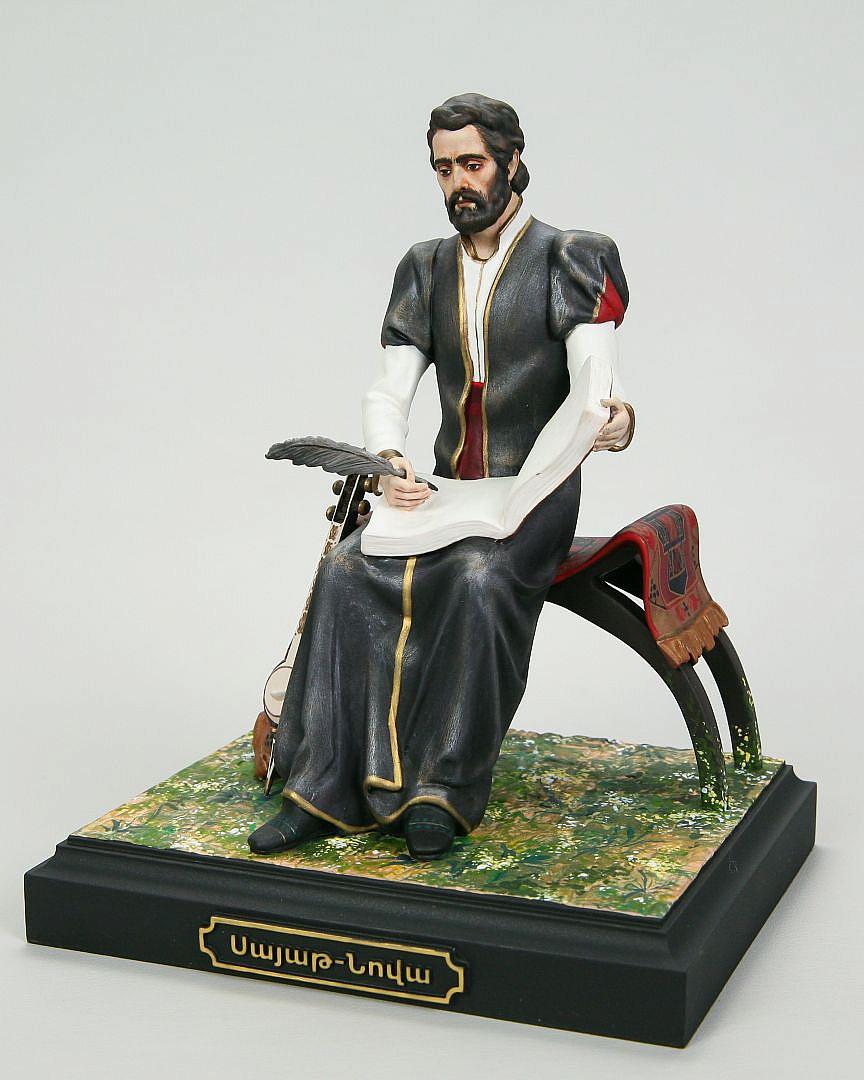 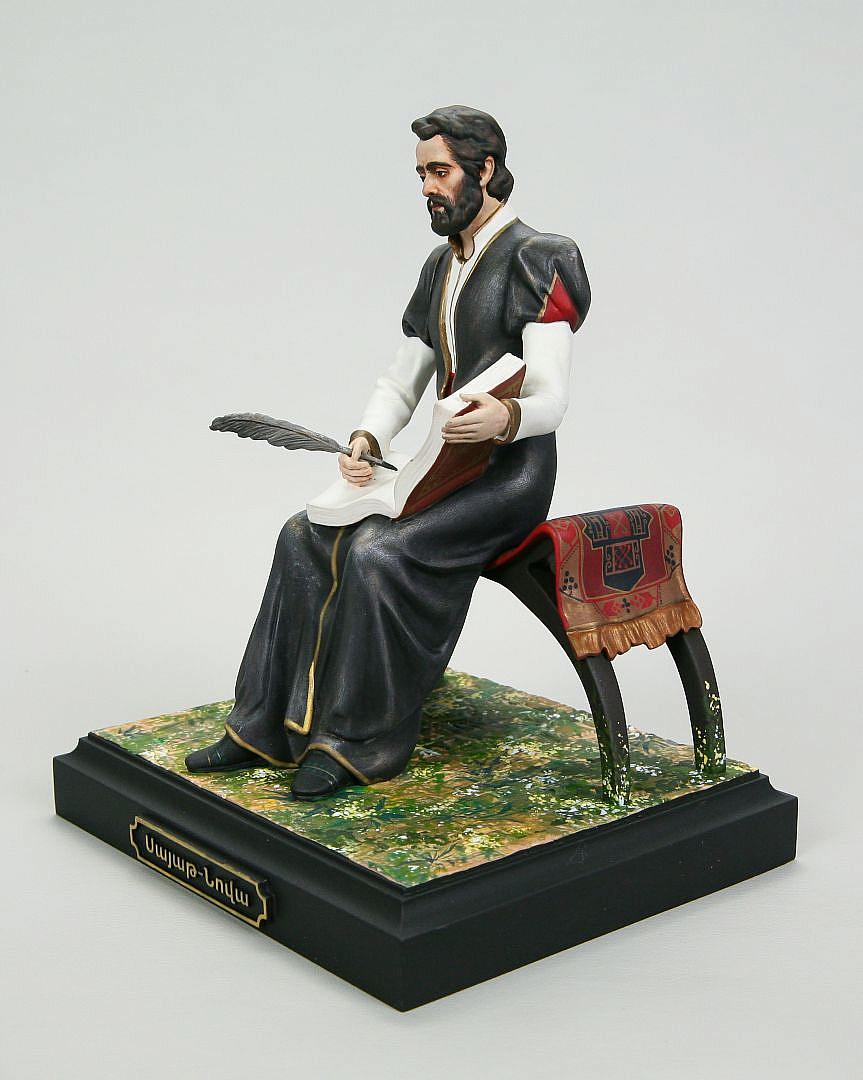 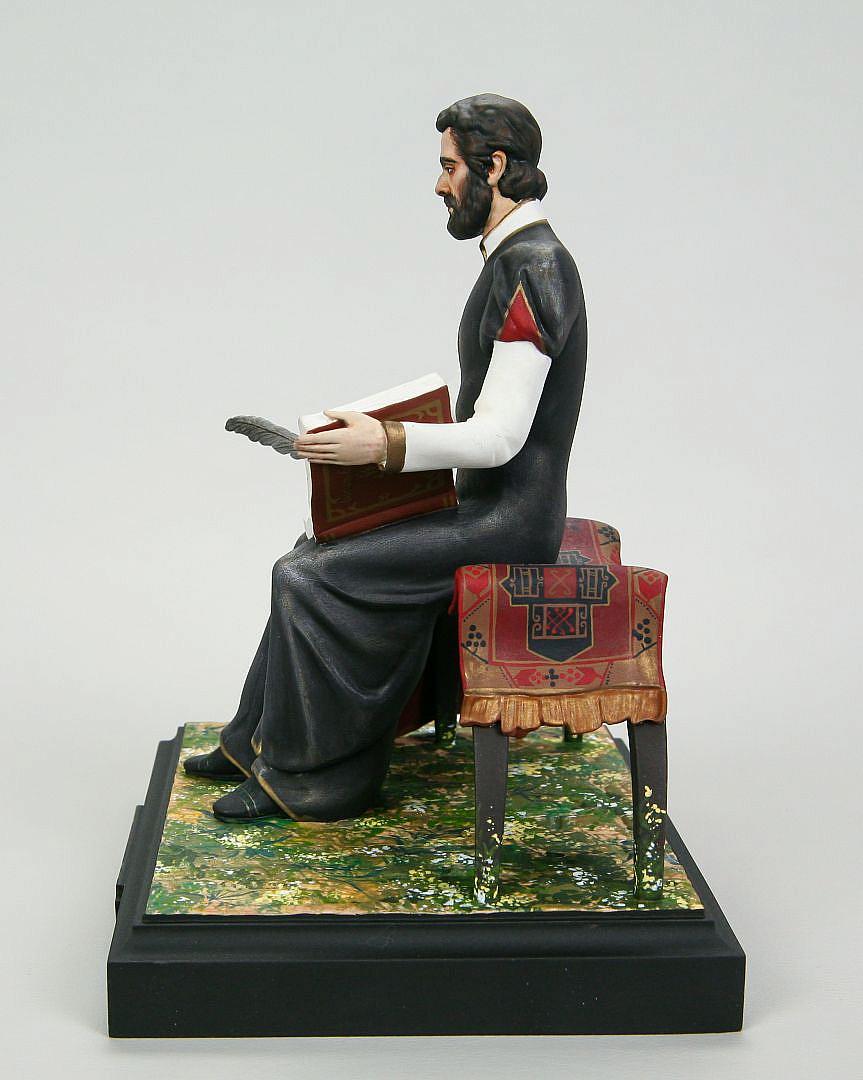 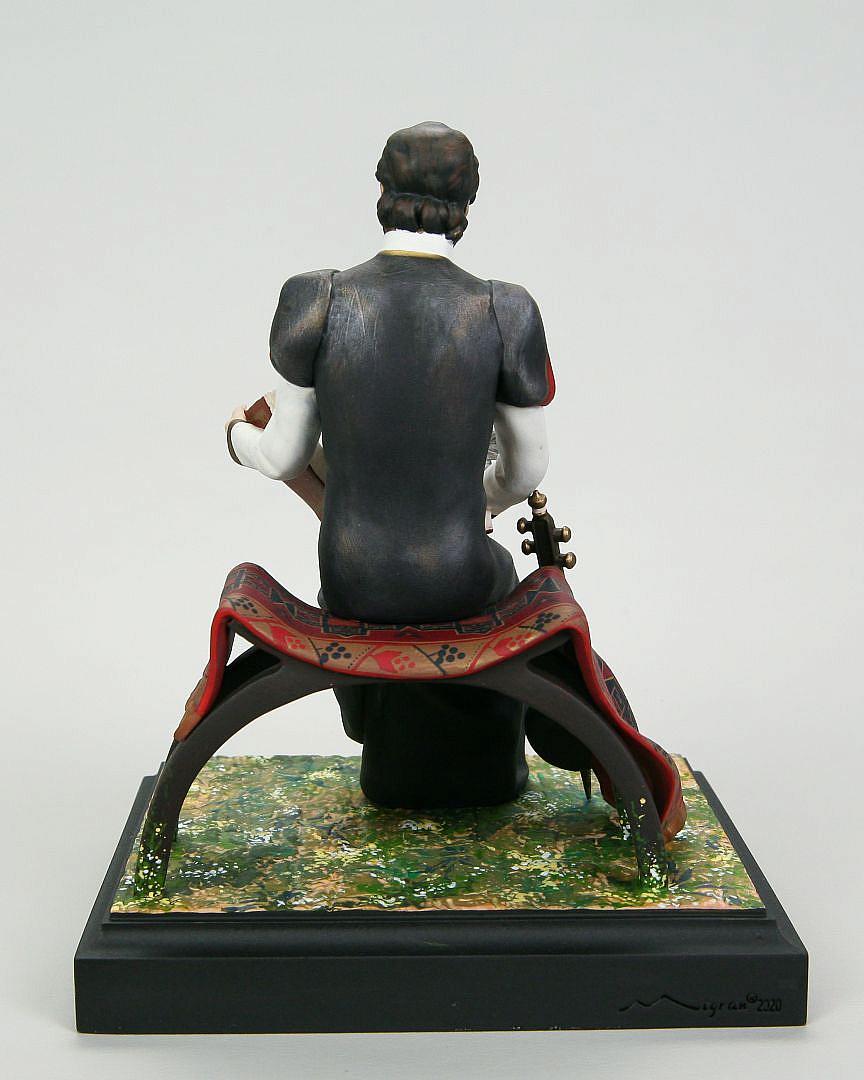 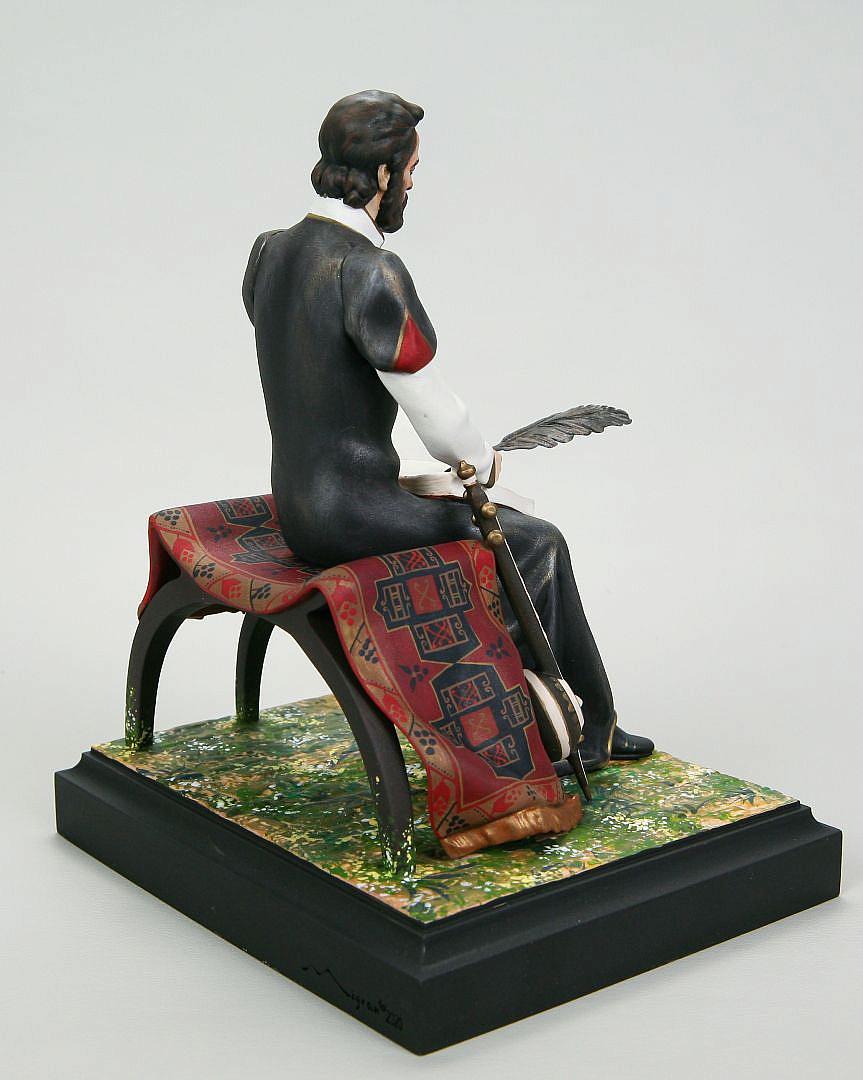 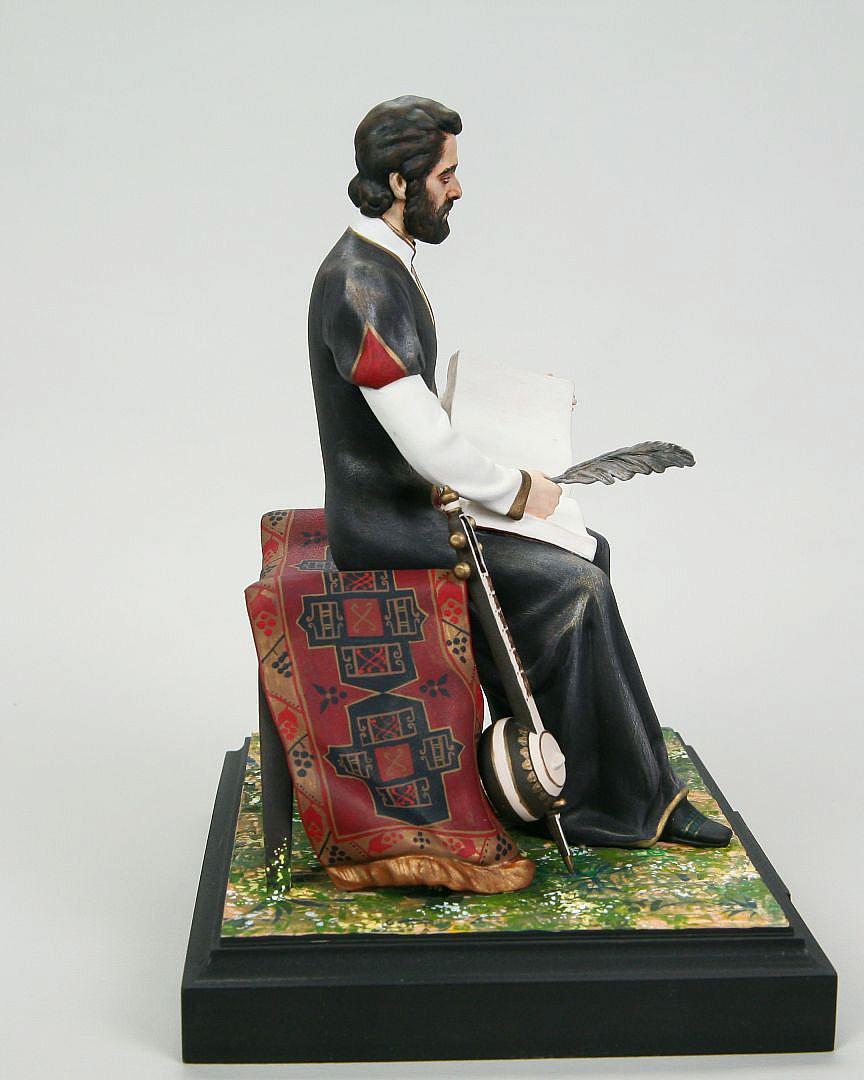 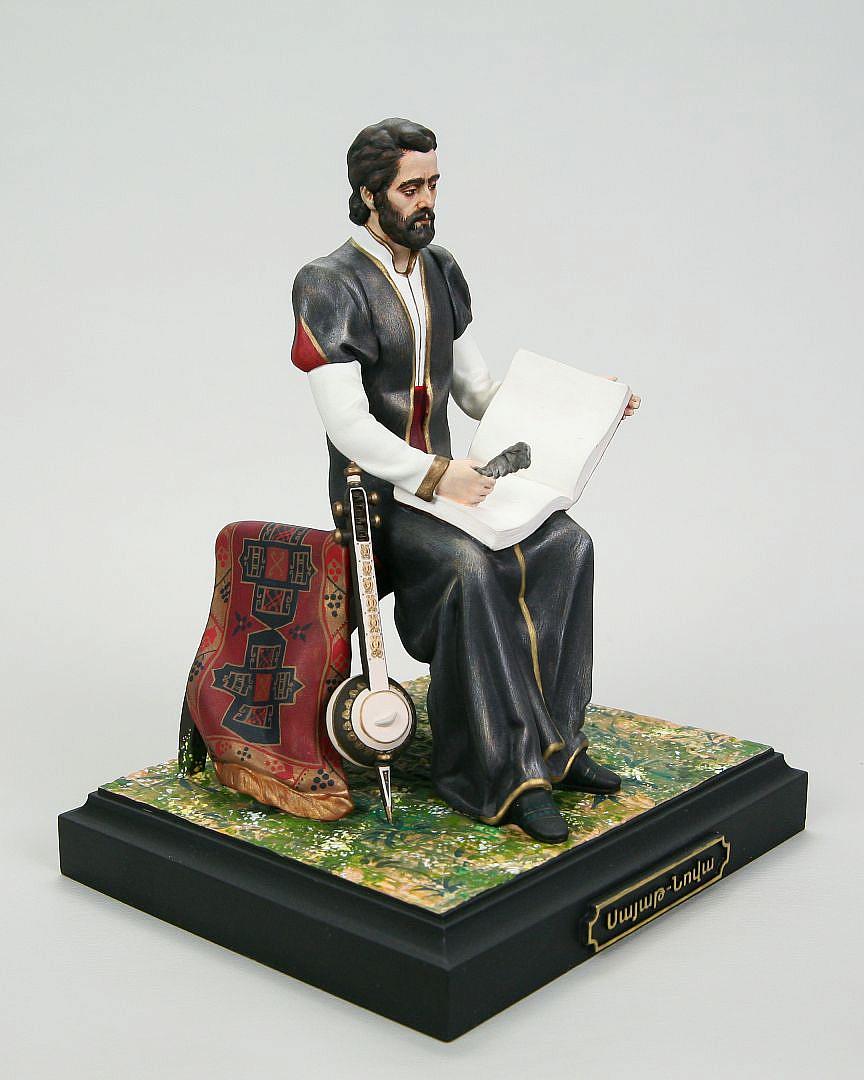 Sayat Nova (Sayadyan Arutyun) was born in 1722 in Tiflis in the family of an artisan. He showed outstanding abilities in science. As a teenager, he entered to the service of the weaver, and when his exceptional abilities as a singer and musician were revealed, he was invited to the Palace of the Georgian king Heraclius II. The discrepancy between court-aristocratic concepts and his views was the cause of his estrangement from the court. He went to people, composed poetry, sang sincere songs, and then became a priest. During the years of his exile under the name Stepanos Sayat-Nova, he served in the Armenian Church in the Iranian Enzeli, and then served as a parish priest in Kakha. Since 1768, he lived and served in the Akhpat monastery in the dignity of vardapet Ter-Stepanos. In 1795, the Iranian despot Aga Mohammad Khan undertook a campaign to the Caucasus. In early September, his soldiers were already at the Tiflis gate, and on 11 th they broke into the city and set it to fire and sword. The surviving old-timers told that when the enemies broke into the Haghpat monastery and began to rob and kill unarmed monks, Sayat-Nova was found praying in the church. The Persians demanded him to leave the church and renounce the faith. He replied in Turkic: “I will not leave the church, I will not renounce Jesus”. In September 1795, the Persians killed him. We have reached 230 works by Sayat-Nova. 60 in Armenian, 34 in Georgian, 115 in Turkic. 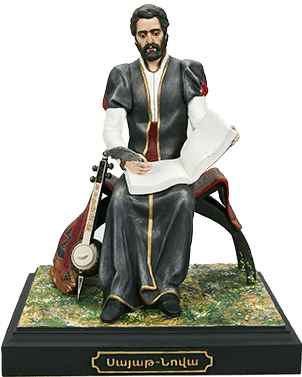