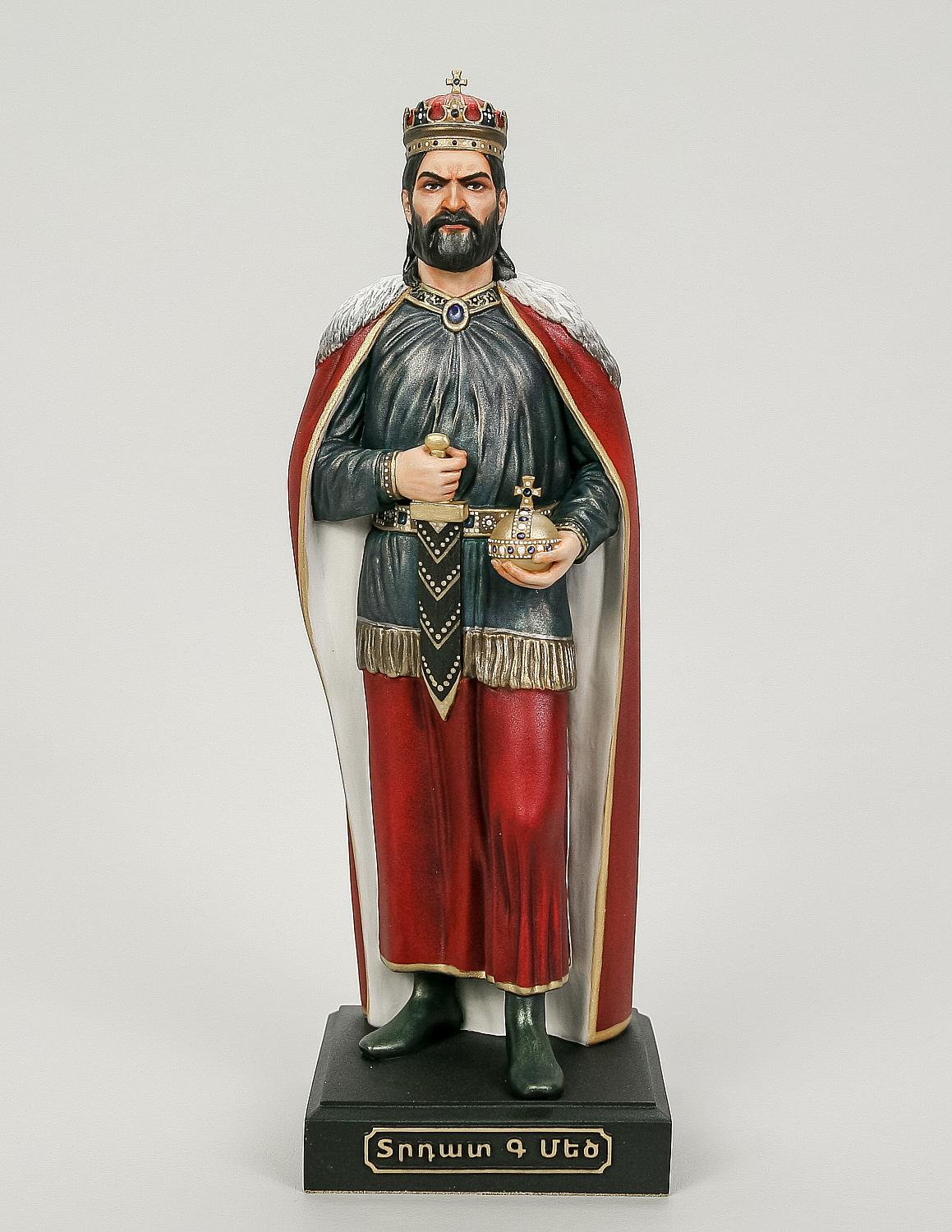 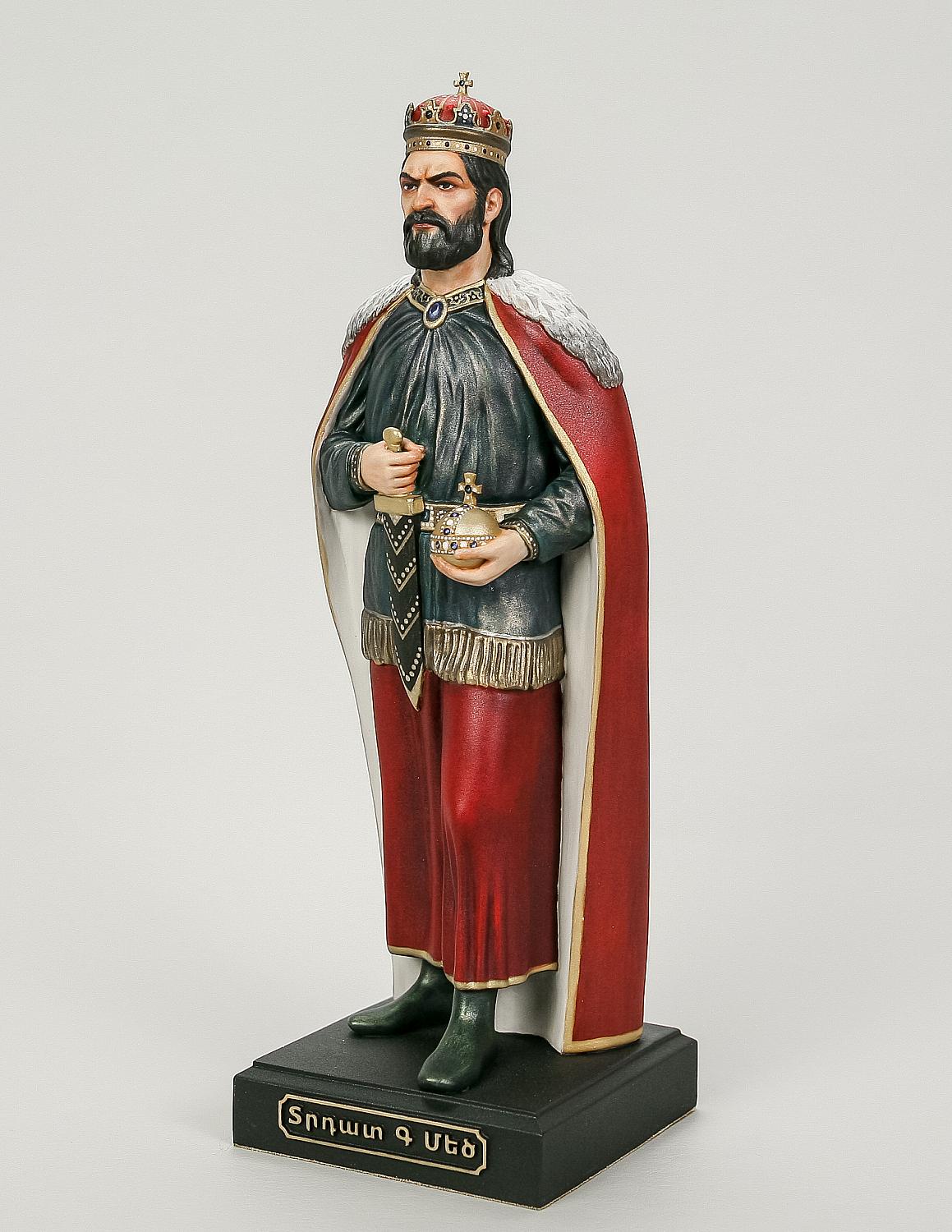 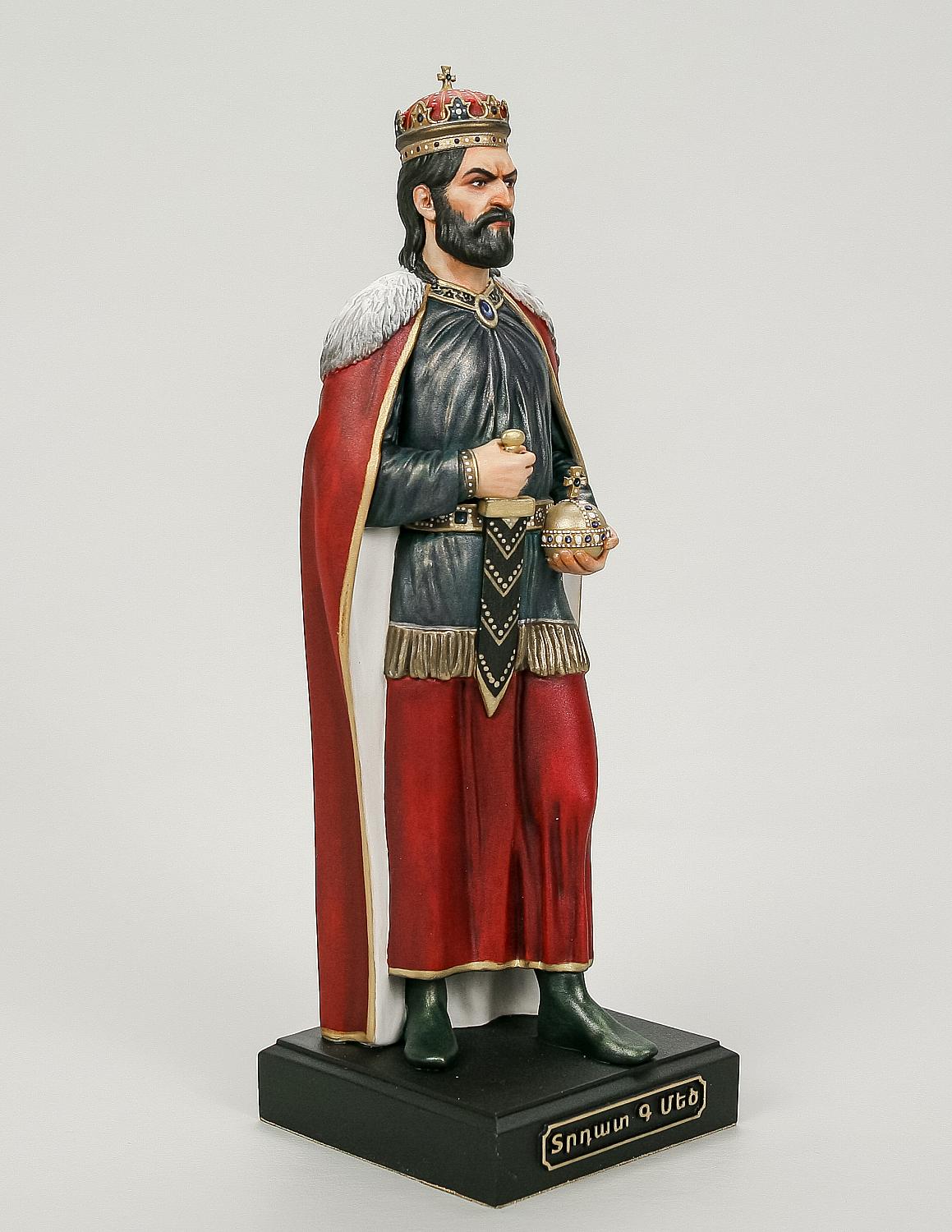 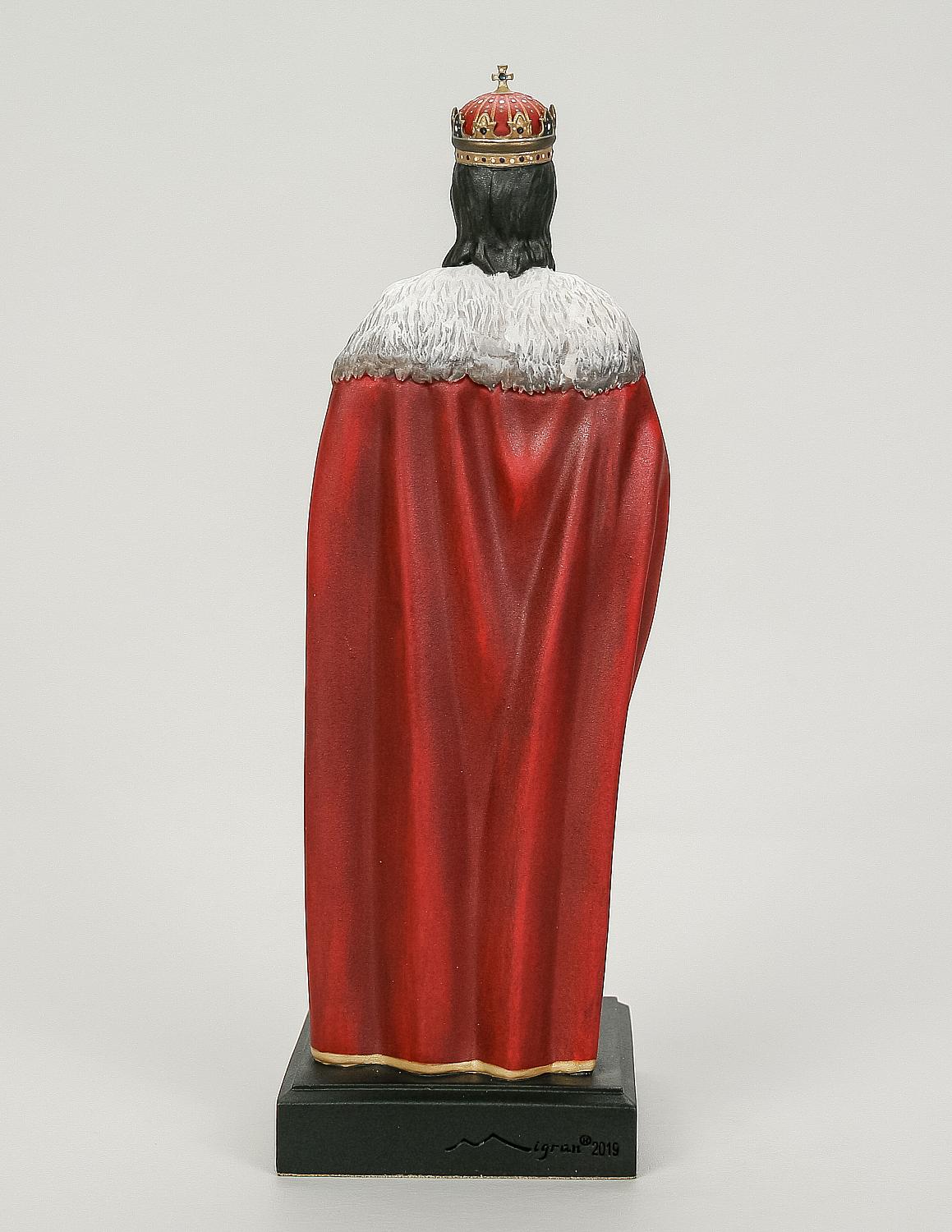 Trdat III is the Armenian king from the Arshakid dynasty, who proclaimed the state Christian religion in 301, as a result of which Armenia became the first Christian state in the world. In 252, by order of Ardashir I, almost the entire royal family of Armenia was killed. As a baby, Trdat left Armenia and was sent to Rome, where he received an excellent military education. In 287, Diocletian established Trdat as a king of Armenia. Upon returning to his homeland, with the help of the Roman army, Trdat expelled the Persians from the country. After several years of war in the 298, a peace treaty was signed in Nisibis. Thanks to this, Armenia was recognized by the Sassanids and Rome as a sovereign state. Returning to his homeland to take his father's throne, Trdat learnt that Gregory, one of the tsar’s supporters, the son of Khosrov II, killed the father of Trdat. For this reason, Gregory was sent to Artashat dungeon for suicide bombers. After that, the king issued decrees for the arrest and death to all hiding Christians. After refusing to marry one of the virgins of Hripsime, Trdat ordered to torture all the virgins   to death, which caused him severe shock and leads to a nervous disease, then called "pig" disease. At the insistence of the king’s sister, Gregory healed Trdat. Having believed in a miracle, Trdat III makes Christianity the state religion. Together with his princes, trying to destroy the ancient beliefs, he made all the necessary efforts to spread religion in the country. Tsar Trdat III was poisoned by his prince's in 330. 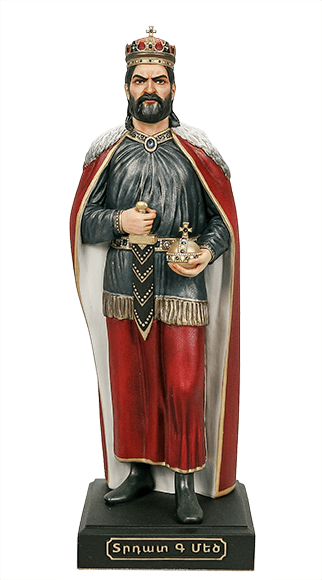