Grigor Narekatsi is an Armenian poet, philosopher and theologian. He was born in Vaspurakan in 951. The boy's mother died very early, and his father gave him to the care of the Narek monastery. There Grigor received an excellent education and became one of the best interpreters of religious literature. After completing his studies at the monastery, Narekatsi took tonsure, was appointed mentor to young monks and rose to one of the highest ecclesiastical ranks - the vardapet. The main work of Grigor is a lyrical and mystical poem "The Book of Mournful Chants", which consists of 95 chapters, and the author wrote it from 1001 to 1003. The work is written in ancient Armenian, which is still used in church services. For the Armenian people, this book is considered a shrine, it is in every house and it is to it that patients resort to in search of healing. This book has been translated into many languages ​​of the world and was reprinted more than 60 times. Many of the author's poetic works are also known, in which everything is interpreted through the prism of the fact that the world is a miracle of God. Grigor Narekatsi died in 1003 and until the last days of his life was engaged in teaching activities in the monastery. After his death, he was buried in the Narek monastery. Which almost all his life was his home. The Armenian Apostolic Church was canonized and listed as a saint.

On April 12, 2015, the decision of the Pope of Rome Francis Grigor Narekatsi was awarded the title of "Teacher of the Church". 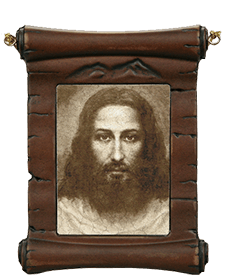