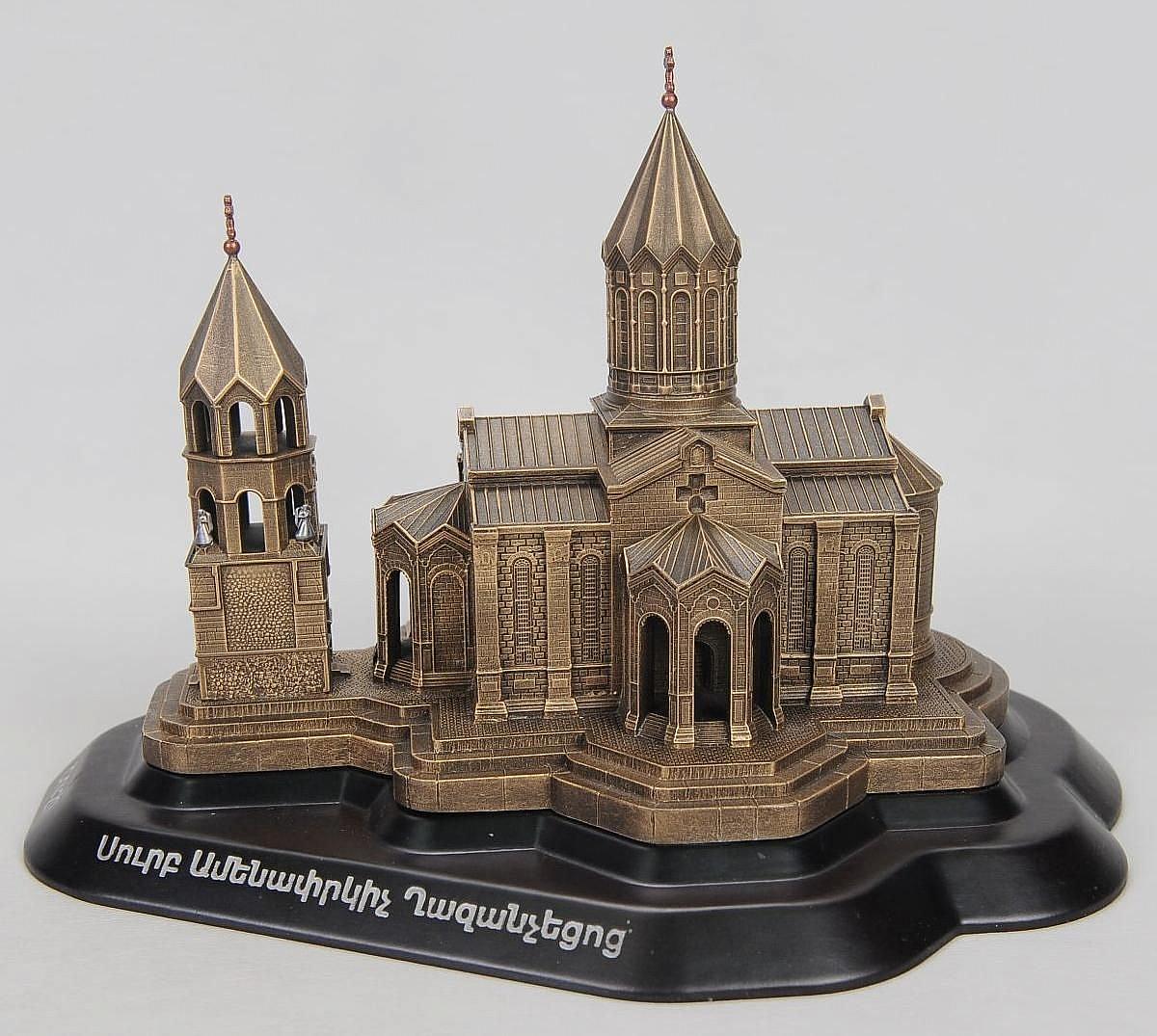 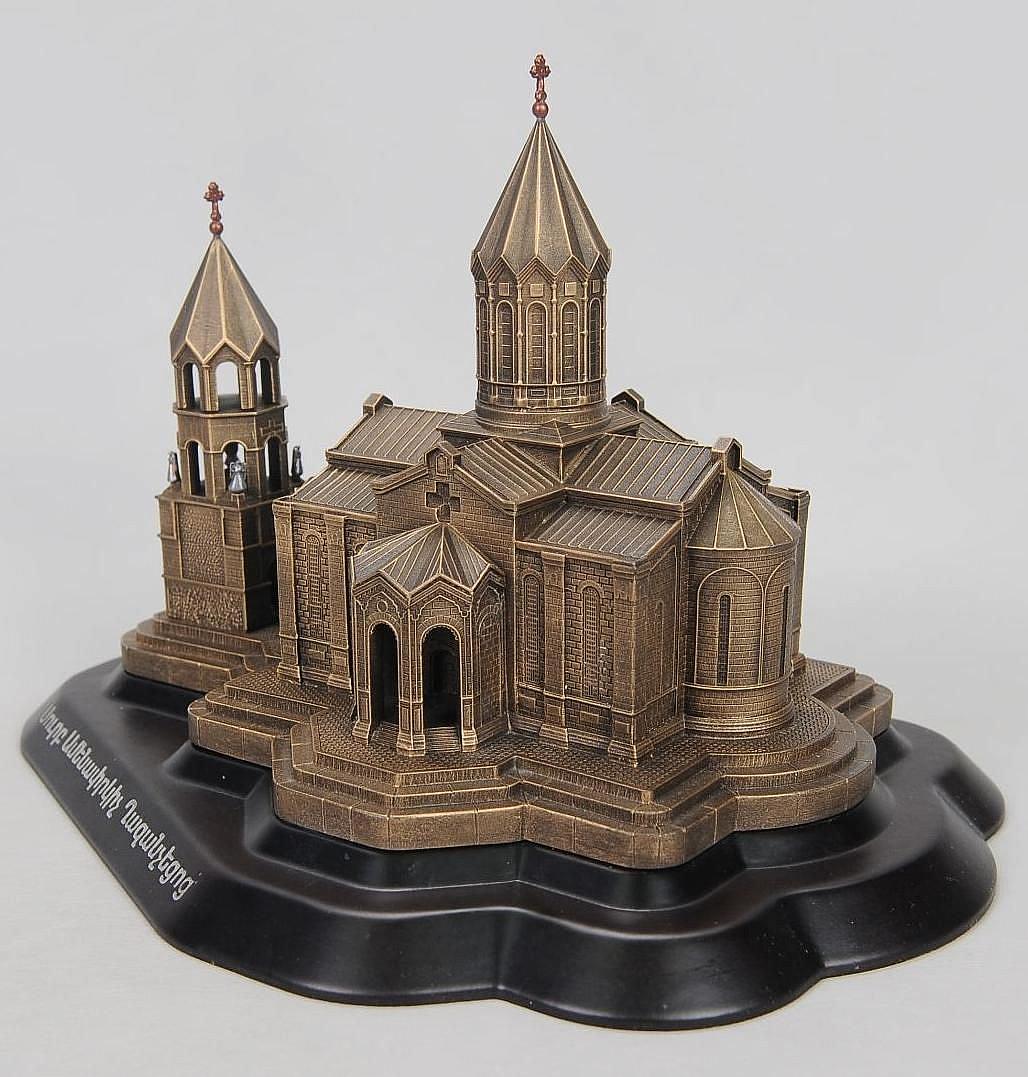 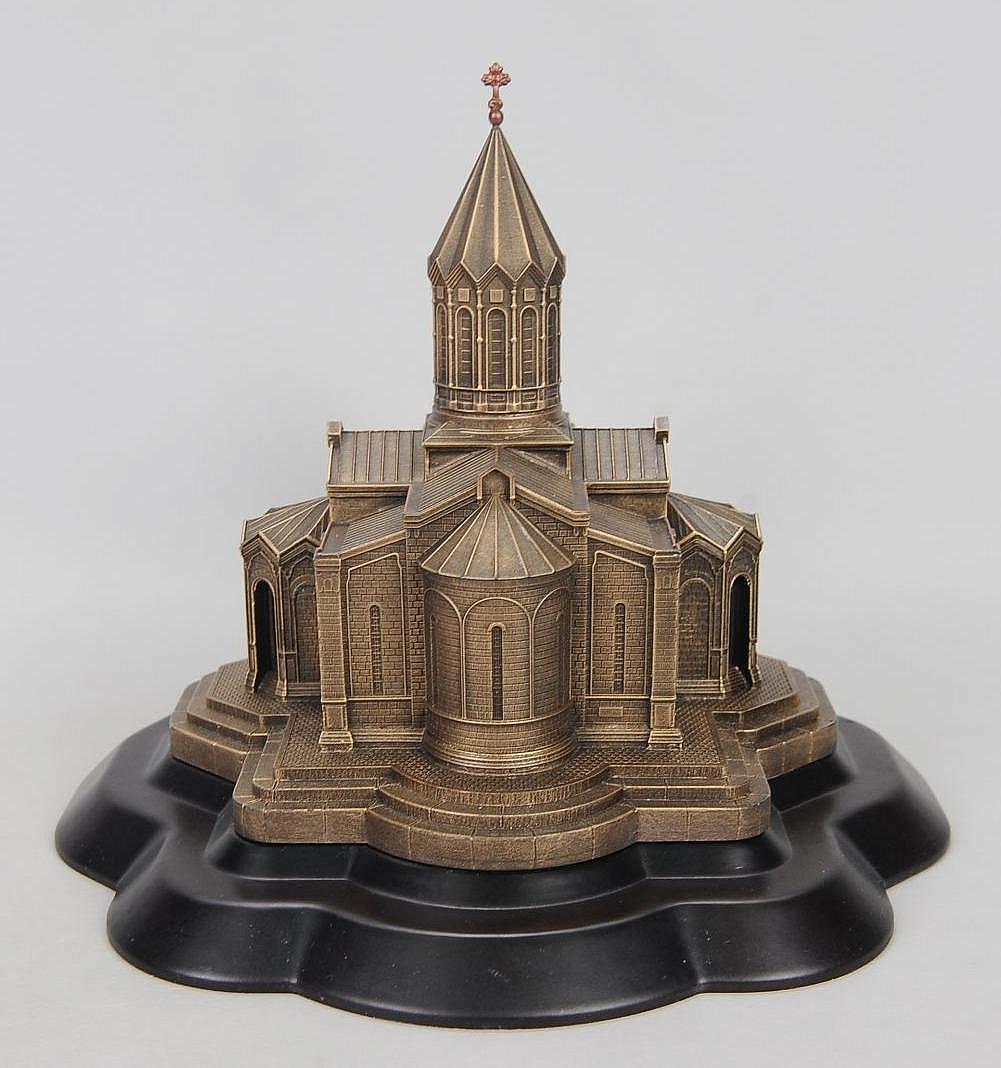 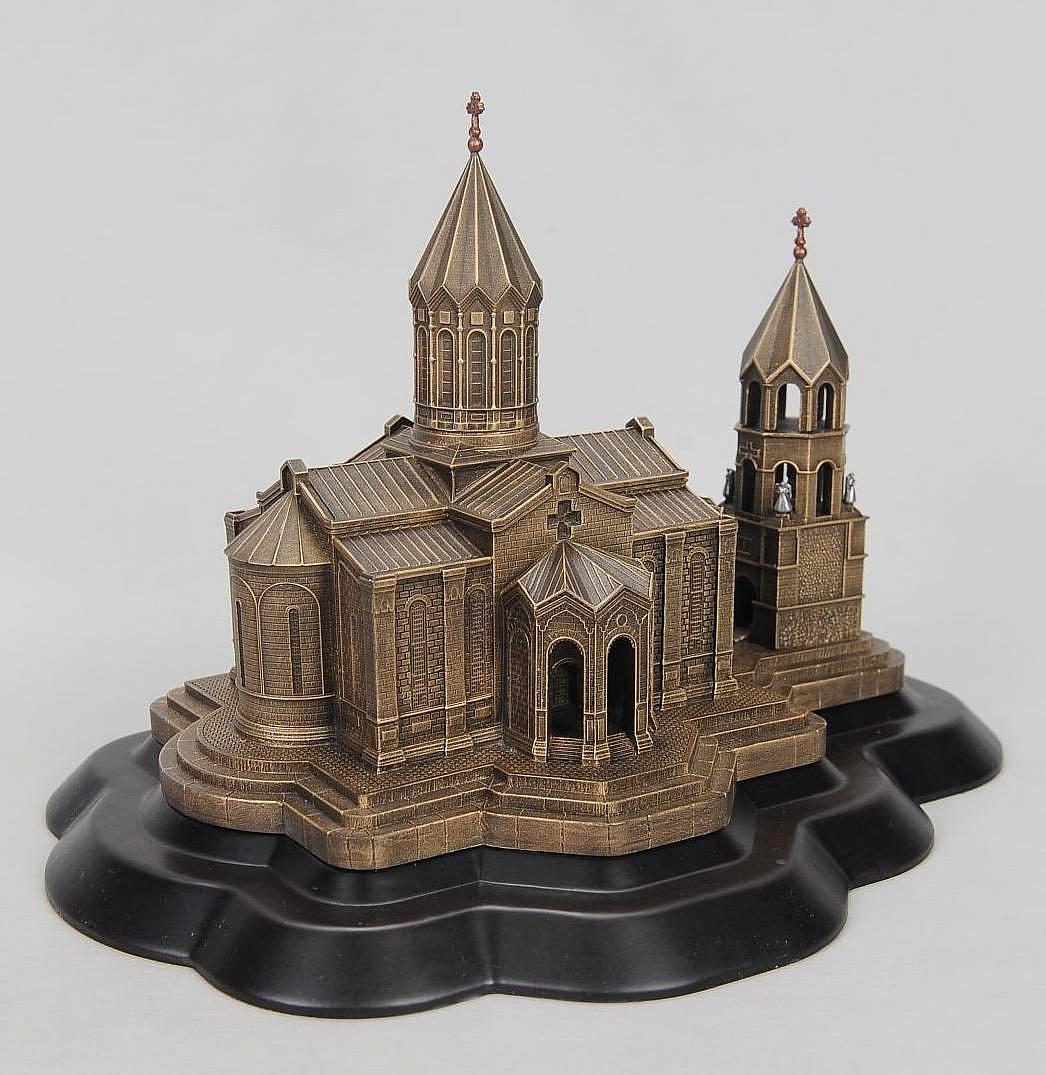 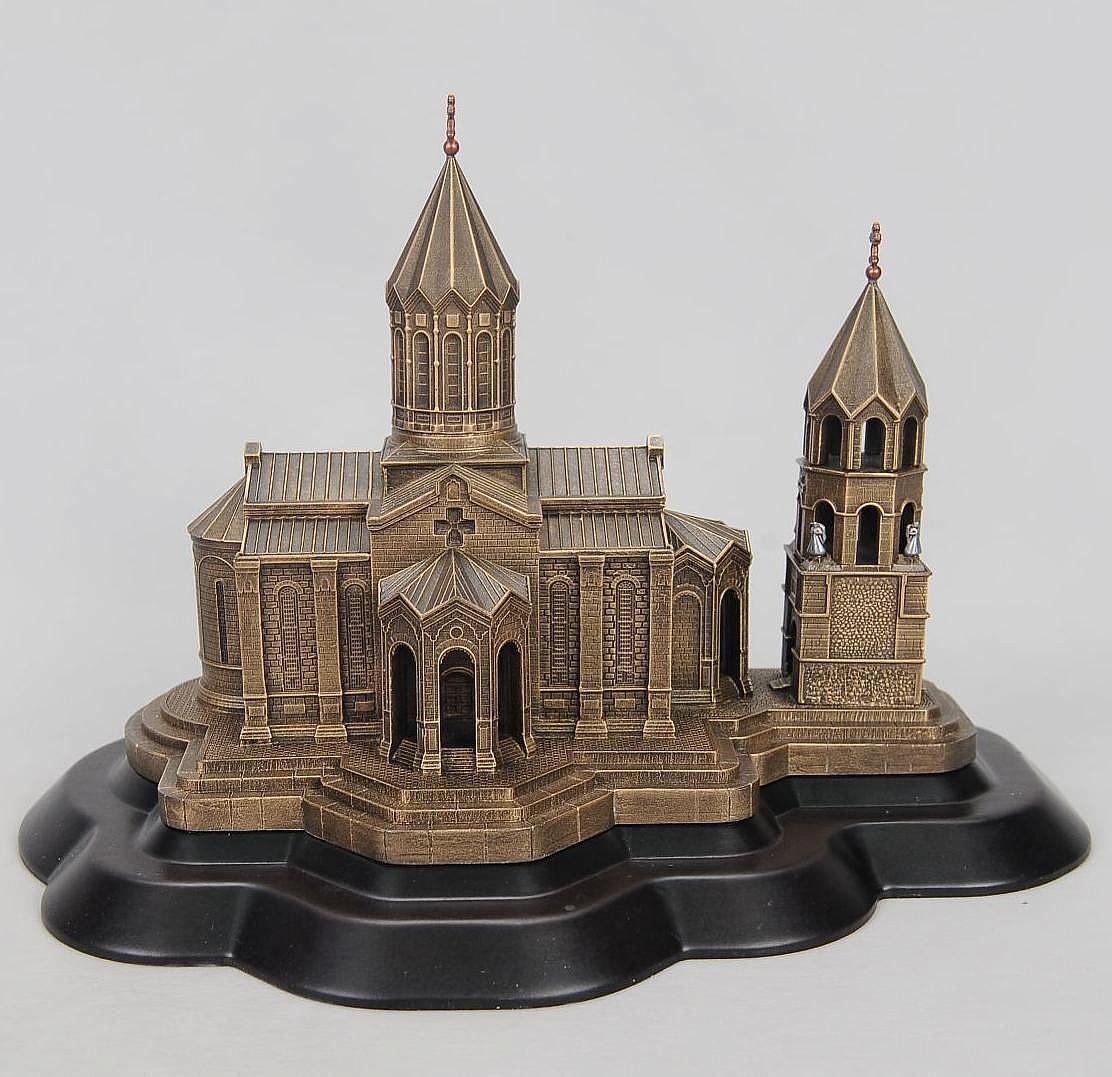 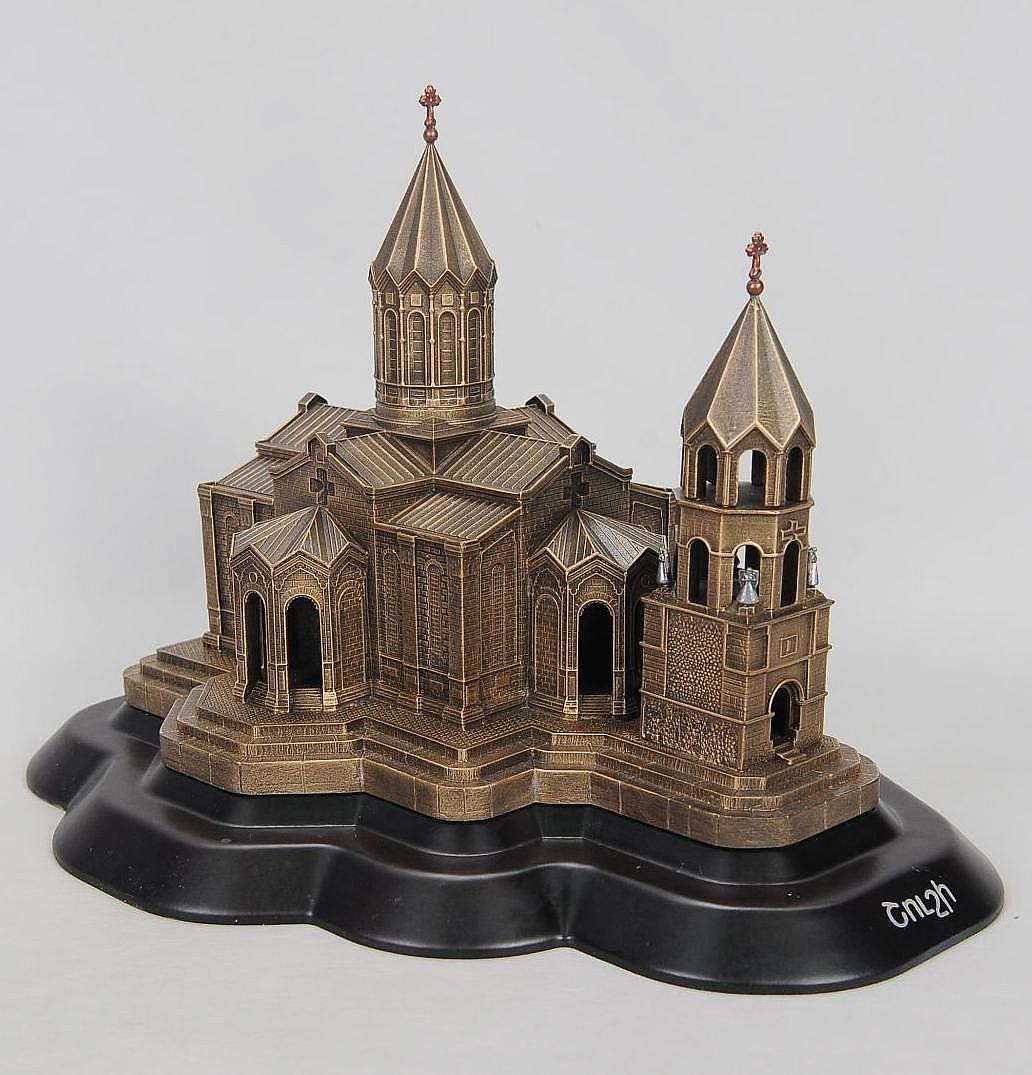 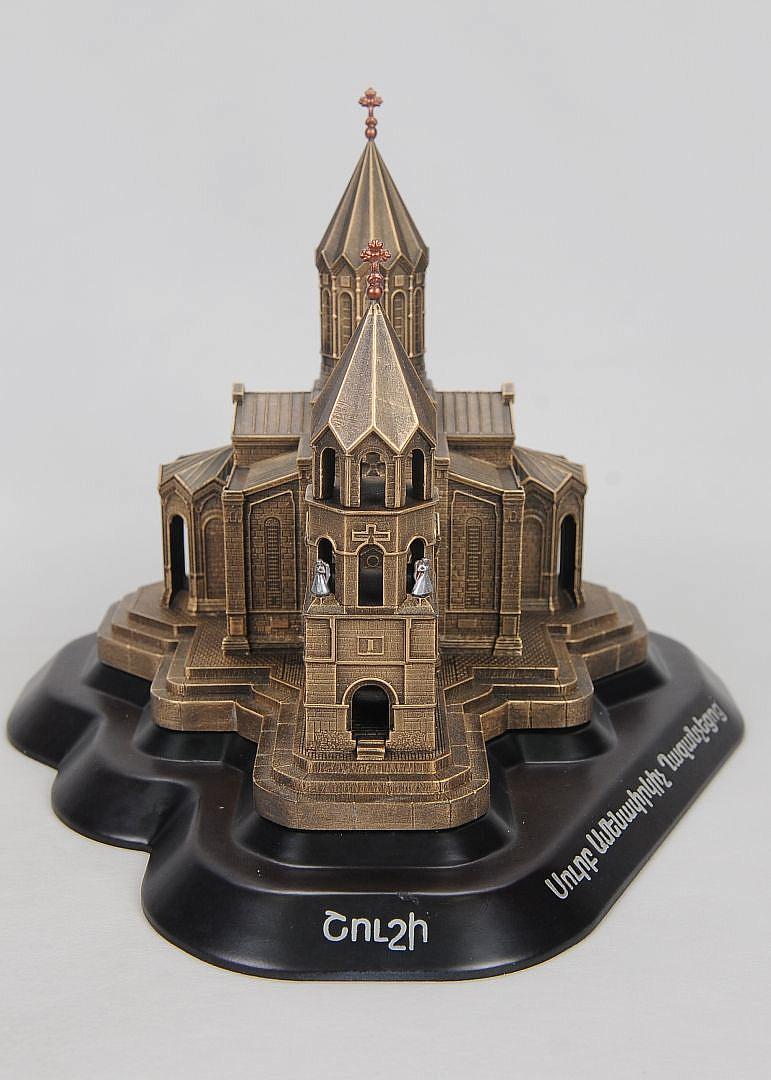 Armenian Church of St. John the Baptist Christ the Saviour in Shushi (St. Peter's Church) All-Saviour kazanchetsots) is the center of the Artsakh diocese of the Armenian Apostolic Church. The Cathedral consists of a Church (1868-1887) and a bell tower. After Gandzasar, it is the second spiritual center of Artsakh, is included in the list of immovable monuments of history and culture of the city of Shushi and is one of the symbols of Artsakh. According to the construction inscription on the South entrance of the Church, construction began in 1868 and was completed in 1887, and on September 20, 1888, Catholicos Makar I consecrated the Church. The Church is 34.7 m long, 23 m wide and 35 m high and is a rectangular structure with a cross-shaped dome. Absid comes out from four fronts. It has 3 entrances - from the West, North and South, which have a uniform architectural structure and in front of which all built Windows with three doors are built. Small cross Windows are open at the top of the entrances. The dome is supported by four thick pits. Basically the structure is similar to a Basilica Church, it is rich in ornaments-on doors, on stones and in other places. The Windows are 1 meter wide and 5 meters high. There are numerous Armenian-language protocols on the walls. The Church complex is located in the Central part of Shusha and in its appearance is similar to the Etchmiadzin Cathedral. The Church was first mentioned in Mesrop Takhidyan's book "Journey to Armenia" (1820)։ according to the well-known expert on monuments Shahen Mkrtchyan, the bell tower was built before the Church, and on the site of the temple was another Church of the XVIII century. The bell tower is located a few meters to the West of the Church. It is a three-story building. At the entrance there are monuments to angels who held money, one of which is depicted on the coat of arms of the city of Shushi. The bell tower was built by a native of Susa Abraham Chandiranai. On the East wall of the bell tower there is a Protocol about this. The construction figures are written at the top of the South wall. Before the construction of the new Church, the architects faced a big problem. before each Liturgy, it was necessary for the liturgical priest to ask for absolution from another priest and heard these words: "Let your ears hear what your mouth says", but there was only one priest in the Church" so the architects decided to build an underground room where a miracle would happen, the priest would ask for forgiveness, hearing his voice and saying: "Let my ears hear what my lips say." This is an exceptional phenomenon. After the pogroms in Shushi in 1920 and the expulsion of Armenians from the city, the Church was closed, the monuments of angels at the entrance to the Church were destroyed, and the dome was destroyed. Azerbaijanis living in the city used it as a warehouse, and in the future - as a Parking lot. During the first Artsakh war, the Church was important for the conflicting parties. For the Armenian side, it was a spiritual symbol, and for the Azerbaijani armed forces-an ammunition depot. After the liberation of Shusha, the Church was fully restored in 1998 and began to operate. On October 16, 2008, a large wedding ceremony was held in the Church of kazanchetsots, 550 couples were married at the same time, and 550 Armenian families were formed in one day.

During the second Artsakh war, on October 8, 2020, the Azerbaijani air force fired rockets and damaged the dome of the Church. 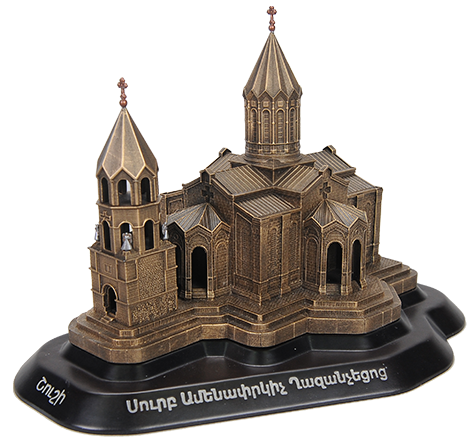